PFAS - Getting rid of forever chemicals

Since 2018 all new Houdini garments are free from PFAS. But what are PFAS? What are they used for and why are they harmful? Read more about a group of very useful but very toxic chemicals and how we phased them out of our production completely.

PFAS (Per- and Polyfluorinated Alkyl Substances) are a group of over 4700 highly fluorinated substances. They are industrially produced chemicals that have been manufactured since the 1950s and are used in a wide variety of products for their water-, fat- and dirt repellent properties. Common products where PFAS are used include food and beverage packaging, electronics, beauty products, non-stick cookware, fire extinguishing foam, ski wax, as well as dirt- and water repellent textiles. Very useful, but unfortunately also very toxic and harmful for people, animals and nature.

Why are PFAS harmful?

PFAS are characterized by a chemical structure of fluorinated carbon chains. The chemical bond between carbon and fluor is one of the strongest making PFAS very hard to break down. This means that when it is released into nature, it will stay there for a very long time. There are emissions of PFAS from treated products during all stages of its lifetime, including production, usage and disposal. That’s why it’s so important to make sure it’s not there in the first place.

PFAS substances can travel over large distances by water and wind and can therefore be found in remote areas far from where they are used. High concentrations have been found in Arctic polar bears. Many of these substances can also bioaccumulate which means that they are stored in the body over time and will therefore become more and more concentrated as you go up the food chain, for example among predators and humans.

We are still lacking much knowledge about the health effects of PFAS, but Humans and animals exposed to PFAS have shown many negative symptoms. Studies have shown negative effects on the immune system, brain development and birth weights. PFAS has also been connected to different forms of cancer and shown negative effects on cholesterol levels as well as liver enzymes. PFAS has also been proved to effect reproductive organs as well as levels of sex hormones and thyroid hormones. 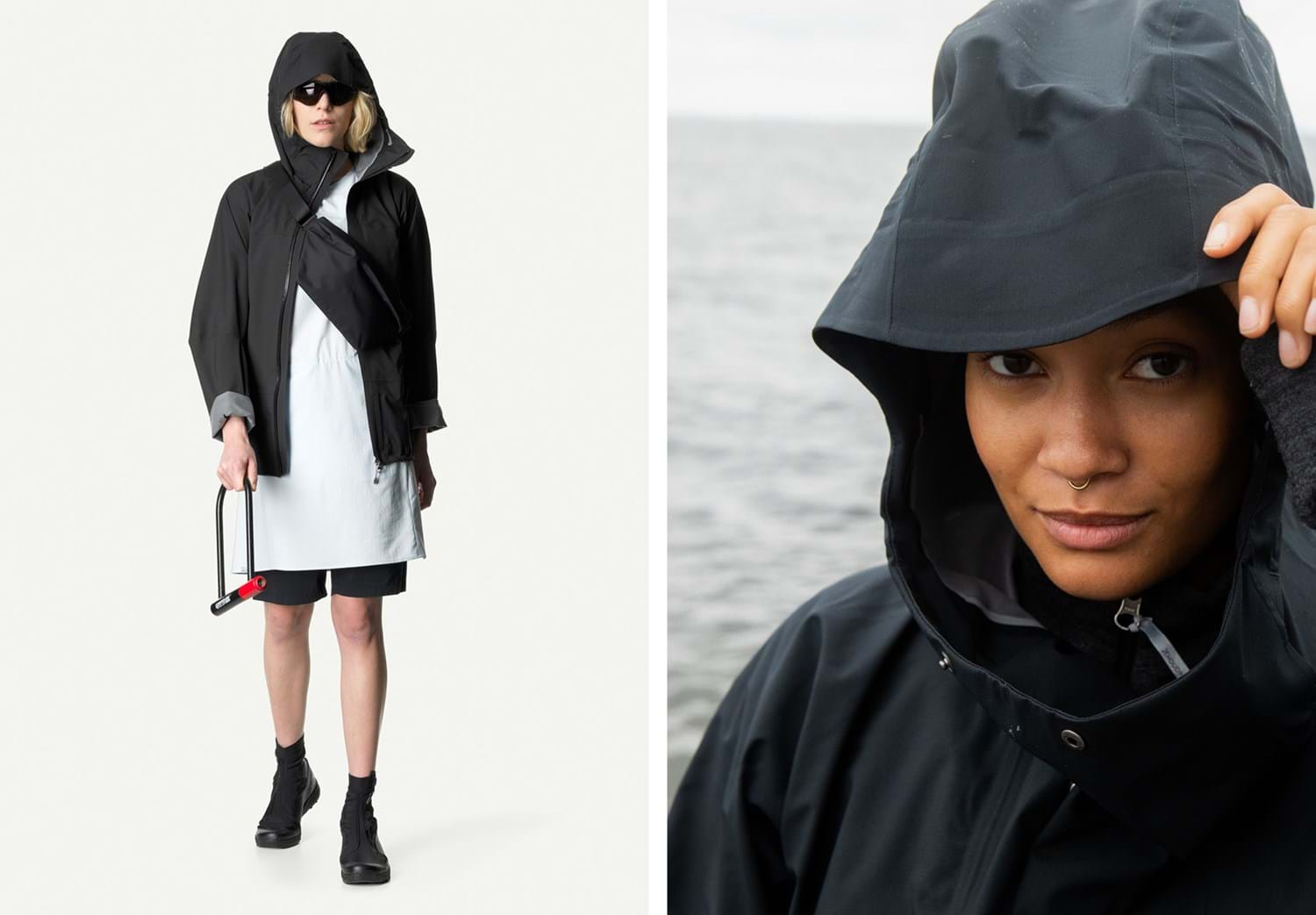 Our journey began in 2012 and since 2018 we have made no new garments that contain PFAS.

Houdini’s phasing out of PFAS

Reading the disturbing list of negative effects caused by PFAS it is easy to understand that these chemicals must be eliminated. When it comes to performance garments PFAS is often used both in waterproof membranes and in water repellency treatments. The problem is that they are not always so easy to replace. Our journey began in 2012 and since 2018 we have made no new garments that contain PFAS. As nature lovers it simply felt impossible to use such harmful substances to make clothes that are meant to be used to explore and enjoy nature. 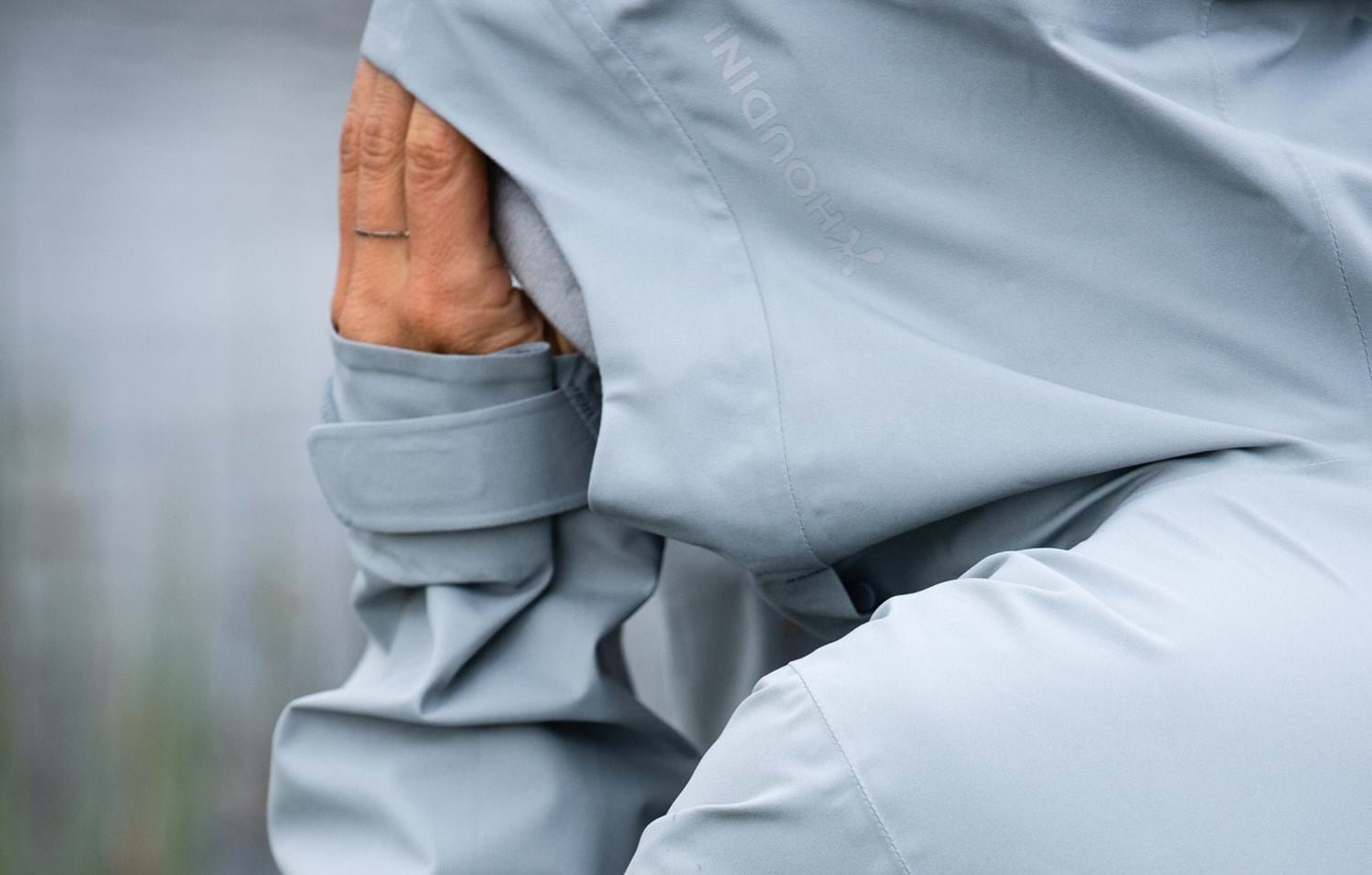 What are we using instead of PFAS?

Our hydrophilic polyester membranes are naturally PFAS free and we only use water repellency treatments that are free from PFAS. Which type of treatment varies with the different fabrics we use and must be tested individually to find the best match for each fabric. We often use a wax-like substance made up of hydrocarbon chains. We work constantly to improve our materials and treatments, both in terms of performance but also in terms of environmental impact. 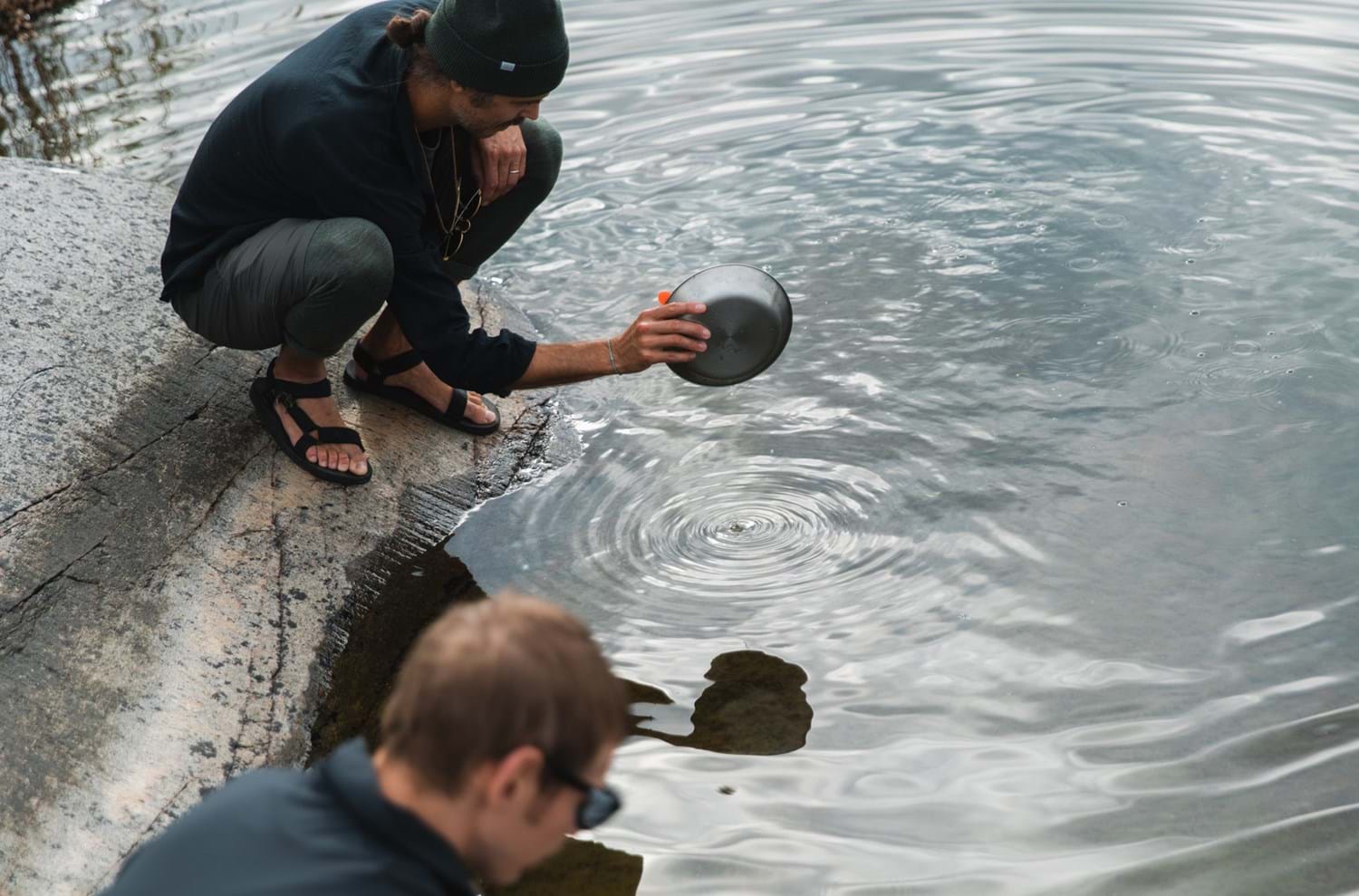 Ripples on the water

We are part of different networks and project such as POPFREE to help drive the development of PFAS free alternatives and for the phasing out of PFAS in the textile industry. We will never guard sustainability solutions as secrets. If we are serious with our work we cannot only see to our own production but must help other companies in our industry to move forward.